Talking about Antonio Carraro’s life is the same as talking about the company that bears his name. Out of “Giovanni Carraro”, founded in 1910, a manufacturer of sowers, tractors, and diesel engines, came two separate companies, founded in 1960: Antonio Carraro di Giovanni (with Antonio, sister Bianca and father Giovanni) and Carraro spa (with Oscar, Mario, Francesco and Clara, Giovanni’s other children). The two branches of the Carraro family each followed a different business vision: Antonio specialized in compact tractors with equal-sized wheels for specialized agriculture whilst Mario and Carraro spa specialised in large-scale tractor axels and automotive components. 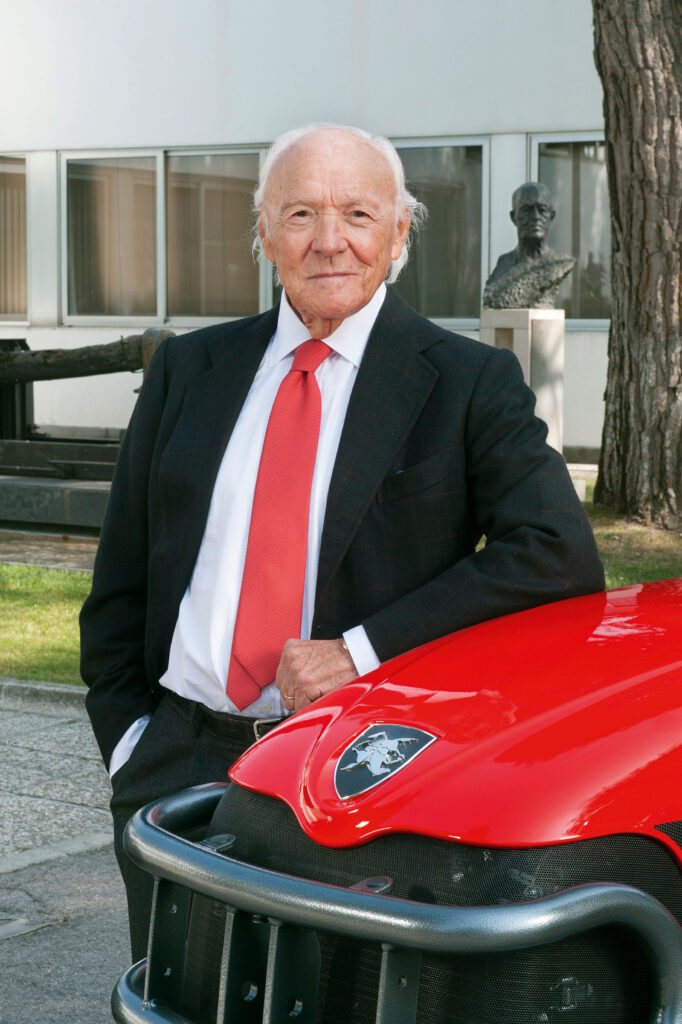 After the split of Giovanni Carraro, in 1960, Antonio Carraro began its production of compact tractors for specialized agriculture, under the rotating four-horse brand, a Persian symbol of fertility and strength dating back to the 1600s. From the beginning one success led to another: from 1970 they broke away from all competitors and the Antonio Carraro brand became a market leader in the compact tractor sector.

In 1973 Antonio Carraro founded “Centre for Study and Research”, one of the first in the Italian metal mechanical sector, where a team of technicians was dedicated exclusively to the research into innovative vehicles for agriculture, in collaboration with universities in Padova, Bologna, Berlin, Humboldt, and Sidney.

From 2000 the company’s first expansion plan began with the construction of new warehouses in Campodarsego along with the reorganization of all production departments, in line with Porsche Consulting from Stuttgart. The training, over 3 years, brought about a fundamental change in the company, which today finds itself at the head of the mechanized agricultural companies due to the maximum technology applied to its production process and the organization in accordance with the Japanese philosophy “Kaizen” which calls for continual small steps towards improvement. 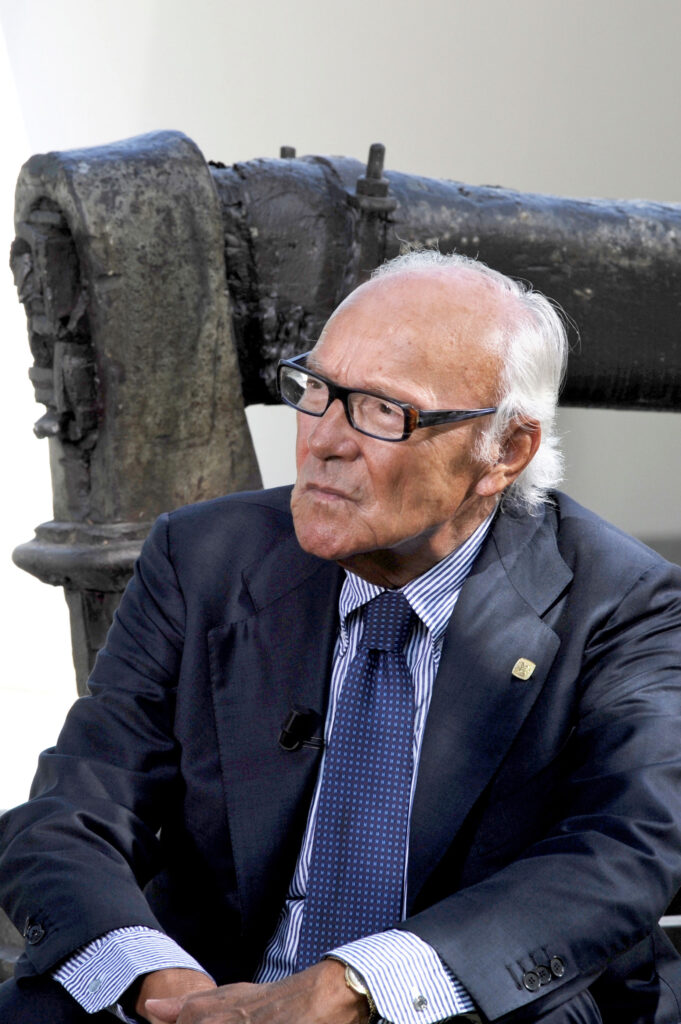 On narrow rowed crops and in orchards, on mountainsides, in greenhouses, in pastures and forests, in public and private green area maintenance, on winter roadways, on building sites, in the maintenance of sports grounds, an Antonio Carraro tractor can make all the difference in terms of yield and operative wellbeing.

For many years now in Italy the Antonio Carraro brand has had the newest registrations in the compact tractor segment. It is amongst the 7 top brands in the world.

Antonio Carraro, through his story, brought about the company’s growth and subsequent production activity leading to employment in the mechanical sector. Essentially, the vehicles created by him have given a strong boost to the agricultural economy in the Mediterranean Basin and the mountains in the Alpeadria area (Northern Italy, Switzerland, Austria, and Eastern Europe), southern Italy, Spain, Greece, Portugal as well as Germany, France and all of Europe. Since the 60s hundreds of dealers for our tractors have sprung up along with many AC outlets. 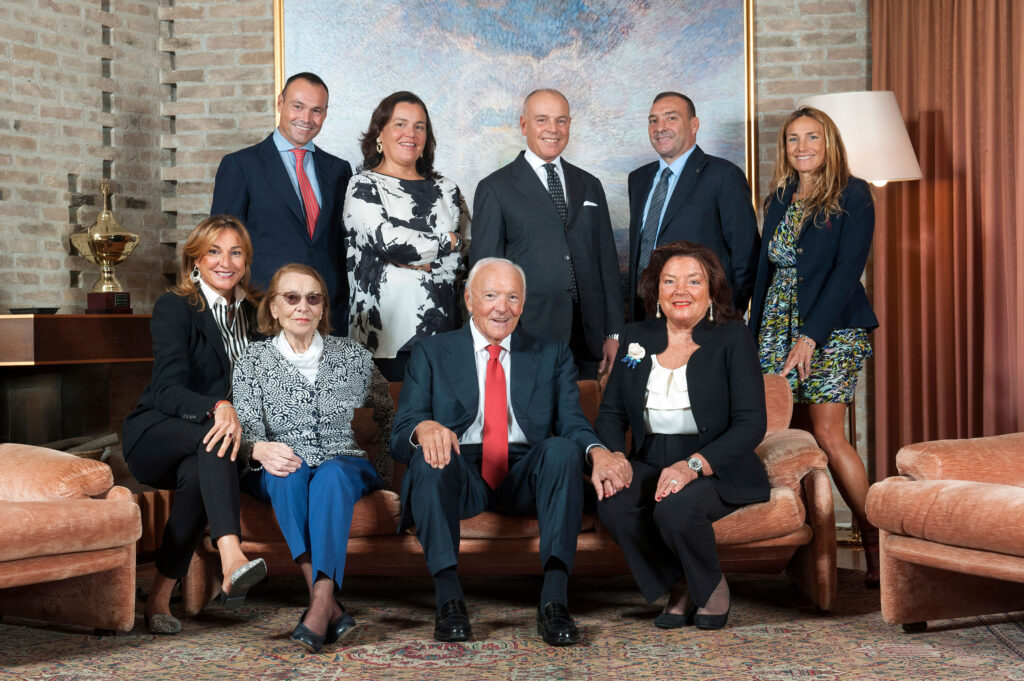 Active in the company, up until he passed away, Antonio Carraro constantly followed the work of the Research and Development Department, where he spent his days. Easy-going and generous by nature, he always contributed vigorously to company life, featuring in the institutional documents and in the publicity adverts (the latest with Albano Carrisi, friend and loyal customer).

In November the latest film came out commemorating the company’s 110 years “Constance and Leaps” by the Padova director Federico Massa, where he starred as himself in the role of pioneer in the tractor company where he spent his life loving and developing the company that today has 500 employees, 5 subsidiaries (Spain, USA, Turkey, Chile, France), 650 dealers and sales outlets throughout the world. 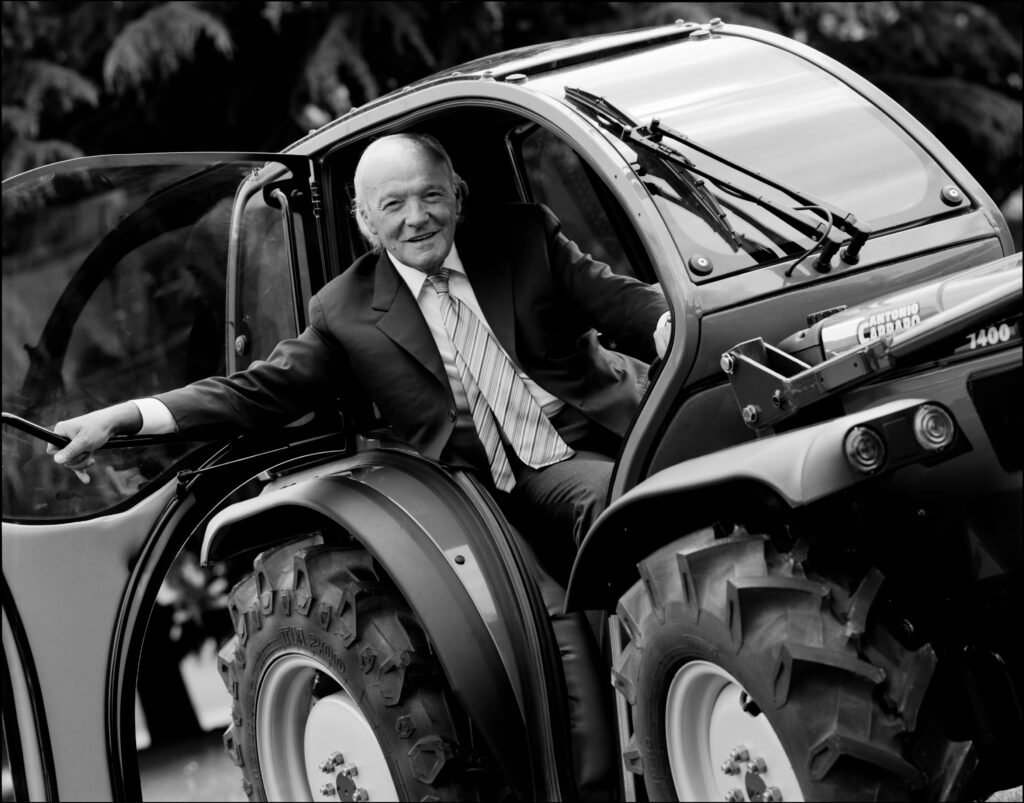