Important Milestone as 750,000TH JCB Engine Comes Off the Line

JCB is celebrating a major milestone for its award-winning engine.

The 750,000th engine has just come off the line at JCB Power Systems in Derbyshire where production first began in 2004.

Engine production was extended to India in 2011- helping to power JCB to the landmark figure.

750,000 engines is quite some milestone when you consider that we only started manufacturing 17 years ago. So much has been achieved over that time with our engines including two world land speed records. With the development of our new hydrogen motor, there is so much more to come and the future for our engine business looks very bright,”

More than half of the 750,000 engines have been made at JCB Power Systems which produces a range from 55-212kW. The engines are used to power JCB’s products as well as those of customers producing equipment as diverse as road sweepers, screeners and crushers, and barges.

JCB India’s Delhi plant currently manufactures around 48 engine variants for the Indian market and for export.

Among the highlights of the past 17 years of engine production was a Queen’s Award for International Trade for JCB Power Systems in 2016 honoring a 325% growth in third-party sales. 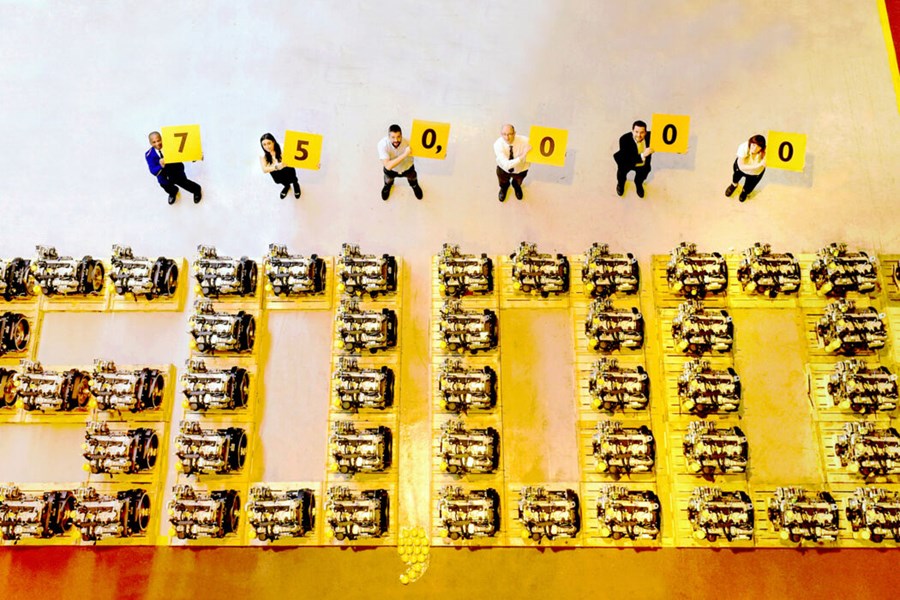