Home Construction Equipment Liebherr updates about its cranes and its projects 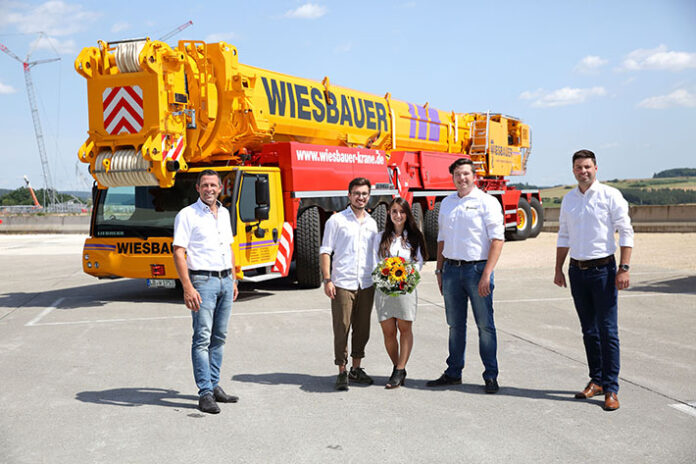 The fourth generation of the owner’s family of crane and heavy haulage contractor Wiesbauer GmbH made their first trip to the Liebherr plant in Ehingen to take delivery of a crane. This traditional family-run company based in Bietigheim-Bissingen (Baden-Württemberg) has significantly upgraded its crane fleet. Not only did the Swabian company take delivery of another LTM 1750-9.1 mobile crane, but an LTR 1220 telescopic crawler crane and a new 1000 tonne crawler crane were also added to its fleet. This LR 11000 celebrated a fantastic premiere in summer by hoisting a bridge to the north-east of Stuttgart.

When a major bridge construction project was started two years ago by Deutsche Bahn in southern Germany, Wiesbauer and its Liebherr LR 11000 crawler crane received the order to remove a 100-year-old iron railway bridge. After two years of operating with a temporary structure, the new bridge was finally installed at the site around 20 kilometers from Stuttgart at the beginning of September.

However, the large crane used for the initial work was no longer available to conclude the construction project. Like many other models of this crawler crane operated by European crane contractors, that LR 11000 is now in long term use for “Buckner Heavylift Cranes” at a major wind power project in the USA.

Wiesbauer, therefore, used a brand new 1,000-tonne crawler crane to remove the temporary bridge and install the final bridge structure and also for subsequent projects. Although the LR 11000 had plenty of space for its crane operations two years previously to hoist the historic bridge, the conditions on-site this time were significantly more restricted – there was very little space available for slewing operations, in particular, as a result of the assembly preparation areas for the new steel bridge and various prefabricated concrete components, containers and a great deal of other building material.

However, using the adjustable V-frame, crane operator Thomas Kley was able to adapt to the lack of space and effortlessly retracted the ballast pallet suspended from the derrick boom to a radius of 15 meters. After traveling around 20 meters on its crawler carriers, when the load was subsequently positioned with a radius of 61 meters, a total of 440 tonnes of suspended ballast was extended to a radius of 28 meters, in other words almost the maximum radius, using the V-frame.

“The V-frame with VarioTray, with its wide radius range from 13 to 30 meters, delivers massive benefits on sites like this, it saves time and also often dispenses with additional ballasting work during the job”,

“The calculations and forecasts for the bridge weight changed constantly during this job. But this ballasting system enables us to react very flexibly when necessary. We had to do so several times on this site as a wide range of loads from ten to 185 tonnes had to be hoisted using a very wide range of radii over the six weeks that the job lasted. For example, due to a change in the design, the largest load that required hoisting was in fact a 185-tonne prefabricated concrete component.”

For the jobs in the wind farm, which followed the bridgework, the crawler crane was once again operated exclusively with the V-frame and the VarioTray detachable ballast pallet.

“We only need the full counterweight for erecting the crane. After that, we only use the undocked center section of the suspended ballast on the wind turbines.”

But Marco Wilhelm does not believe that the new crawler crane flagship of the Wiesbauer fleet will be restricted to wind power sites, he also thinks that the crane will be very useful for jobs in industry and bridge construction as well as large infrastructure projects. With around 80 cranes and a workforce of 160, Wiesbauer GmbH & Co.KG is a major provider of crane and heavy haulage logistics services based in southern Germany.

The integration of what is now the fourth generation of family members in the company provides consistency and continuity at Wiesbauer. The LTM 1750-9.1 mobile crane mentioned above was collected from Liebherr in Ehingen by the great-grandchildren of company founder Franz Wiesbauer.

This modern, power pack of a 9-axle crane is the third mobile crane of this type that Wiesbauer now has in its fleet.

“One of the main reasons behind our purchase was the increase in crane performance delivered by the new 800 tonne kit for this crane”,

explained the three young entrepreneurs. With a luffing jib and Y guying, the company now has a full set of equipment for the LTM 1750-9.1. The fact that it has the complete set makes this crane unique in Baden-Württemberg. In addition to the erection of tower segments at wind farm sites, the new crane will also be used for industrial installation work and jobs on the ”Filstal Bridge” project between Stuttgart and Ulm. 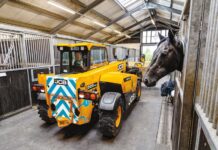 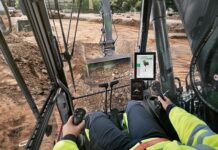 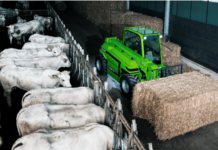 Merlo is awarded for the E-Worker Telehandler 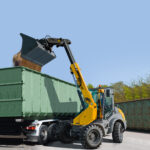 Michele Catinari - November 25, 2020
“When you rely on one machine for each task, a job site can end up looking more like a parking lot. Reducing the need... 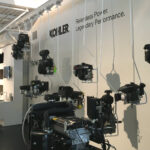 Michele Catinari - November 26, 2020
The hallmark of the KDI 3404TCR SCR is its high torque density, which makes it possible to guarantee performance typical of engines with larger... 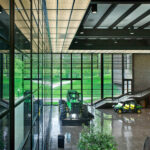 Burrows Tractor explains how best to us an excavator