Data from the Association of Equipment Manufacturers (AEM) in the US indicates that 96,736 tractors were sold there in the first five months of this year.

The figures refer to the period from January to May (inclusive) of 2018.

This table and chart (below) show all of this in greater detail. 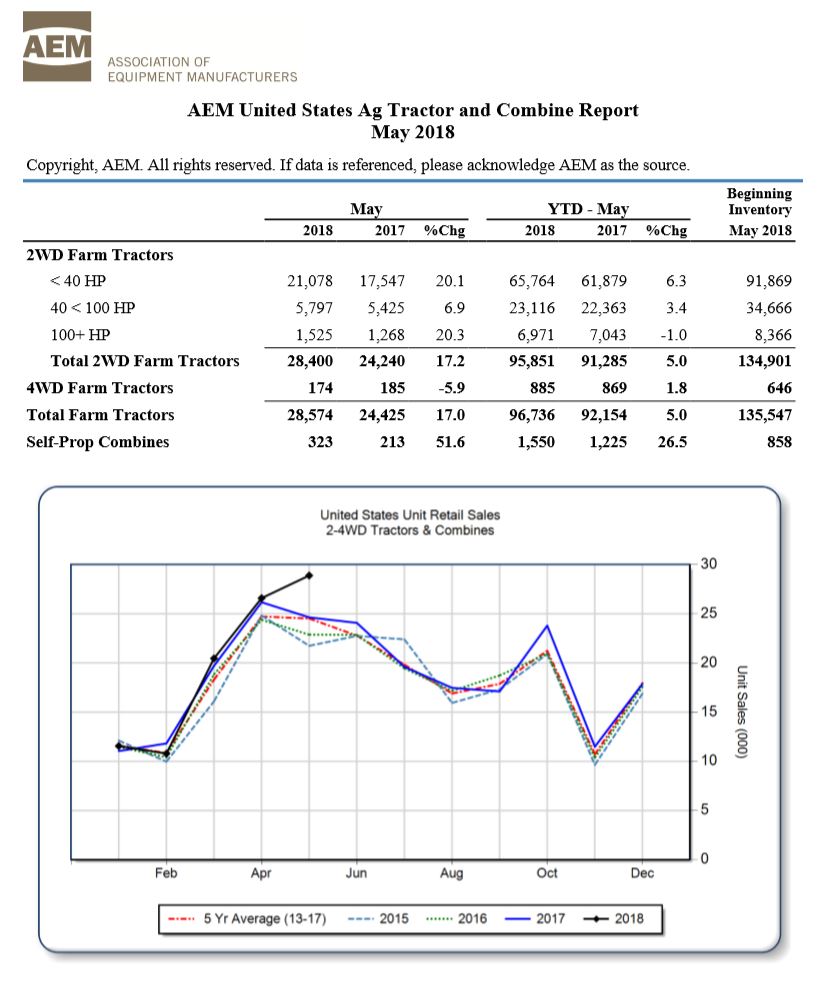 Also note a figure of 1,550 for combine harvester sales – for January to May (inclusive) of this year. This is 26.5% higher than the figure for the same period of last year.

What Will the Future of Precision Ag Retailing Be Like? Ken Zuckerberg Discusses New Challenges and Opportunities

Tim Greer Promoted to Manager of Brandt in Ashland, Illinois

Kubota to Acquire AgJunction in All Cash Deal

Heritage Announces that Davis has Opened a New Branch in Springdale, Arkansas

Farms and Farm Households During the COVID-19 Pandemic