The USDA National Organic Program’s (NOP) National Organic Standards Board (NOSB) met April 24-26 in Seattle, Washington. The NOSB follows a governmental hearing process for these meetings.  While the meetings are set up to efficiently deal with a full agenda, it’s quite different from the more typically interactive meeting process many in the organic community are used to.

The hearing process involves a set up similar to what you might see at any official hearing with a governmental committee or board.  The NOSB members are seated in a group in the front of the room facing the audience made up of organic stakeholders such as certifiers, organic farmer organizations, environmental organizations, consumer groups and farmers.  The meeting was opened with reports from Harriet Behar the chair of the NOSB and Jenny Tucker Deputy Administrator of the NOP. Following that the Board heard from a couple of working groups discussing organic celery powder and its use in organic meat processing and the use of synthetic methionine in organic poultry feed. This was followed by public testimony, which lasted into the morning of the second day.  Kate Mendenhall, OFA Director, provided testimony for OFA on the first day.  The remainder of the meeting, about a day and a half, involved deliberation of the various recommendations to the committees of the Board.  This involved discussion of over fifty materials either petitioned or under sunset review by the Board.

The NOSB working agenda for this meeting is determined by the National Organic Program.  Typically comments and testimony relate to the agenda scheduled to be discussed.  However, the majority of the comments at the April meeting strayed from direct NOSB agenda matters and focused instead at areas of discontent within the organic community.  There was a lot of discussion on two areas currently of concern with the National Organic Program.

Many organic dairy farmers from Washington State testified to the importance of moving forward with a final rule for Origin of Livestock. Dairy farmers nationwide are hurting financially because of the glut of organic milk in the marketplace. The organic farming community is united on the need for swift action from USDA on moving the Origin of Livestock to a final rule in 2019 and stopping the loophole for large dairies to continually transition animals into their organic system, allowing for cheaper growth costs that have allowed for rapid expansion of large dairies.

OFA and other organizations challenged the National Organic Program to clarify whether outdoor container hydroponic farms were required to comply with the same three-year transition that soil-based farms are required to complete prior to organic transition.  Even after continual pressure for clarity from OFA, NOSB members and other organic organizations, National Organic Program could not clarify that the national organic standards require a three-year transition. Organic Farmers Association feels this is unacceptable and undermines the work organic farmers have done to promote healthy soil and contribute to clean air and water since the inception of the NOP almost two decades ago. We will continue to hold them accountable and demand that they clarify national organic standards that comply with the Organic Foods and Production Act. 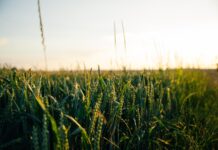 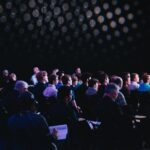 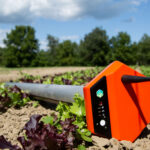 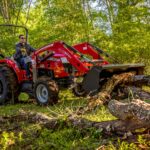